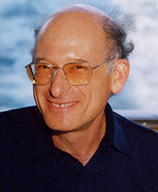 Daniel B. Wile, nationally and internationally known founder and developer of Collaborative Couple Therapy, died in his Oakland California home on Wednesday, March 18, after a long struggle with heart failure. With a PhD from the University of California, Berkeley in 1966, Dan went on to a distinguished career as a therapist, author and teacher.

Dan Wile’s impact on the field of couples therapy in America stems in large part from three books: Couples therapy: A nontraditional approach (1981); After the fight: using your disagreements to build a stronger relationship (1993); and After the honeymoon: how conflict can improve your relationship (revised 2008). Dan also described his approach in numerous articles and in a blog he maintained for couple therapists over the last years. He rarely missed a morning’s writing session, revising each paragraph until it shone with clear and vivid prose.

At the time of his death, Dan had completed an advanced draft of what he saw as his most significant written legacy, Solving the moment: a collaborative couple therapy manual, which distills and integrates the main principles of his work as it evolved over his forty-five year career. In  accordance with Dan’s wishes, Dorothy Kaufmann, his wife and colleague, has prepared a final version of the book, which will be published early in 2021.

Dan made memorable contributions to students in Berkeley’s Clinical Psychology program by co-teaching the primary Couples Therapy graduate course for three years, and participating for many years in the supervision of graduate students as they learned to do couples therapy. He gave training workshops in the U.S. and internationally over several decades, a seminal influence on many generations of clinicians. With Dorothy, he also gave workshops for couples all over the country.

Dan developed a signature method he called doubling, talking for each partner in the couple as if he were that person, reframing their attack or withdrawal with words that would foster an intimate conversation between them, the primary goal of Collaborative Couple Therapy. His theory and practice encouraged clients to have their say about every aspect of their therapy, empowering partners and giving the therapist the benefit of each partner’s input. In creating a more equal, less hierarchical relationship between the therapist and partners, he modeled a relationship of equality within the couple.

As a person, a husband, a colleague, and a friend, Dan was a mensch, radiating a quality of goodness that could be felt by everyone in his presence. He wore his kindness and calm temperament lightly, with wry humor.

Dan Wile is survived by his wife Dorothy Kaufmann, whom he met in 2007, her son Steven McCall, Dan’s sister and brother-in-law, Eleanor and Stephen Bulova, their children, Peter Bulova and Susan O’Donnell, and his former wife, Joanne Wile.

A memorial service celebrating Dan Wile’s life was held in Berkeley, California on August 15, 2021. To view a video of the service, click the link immediately below.

You may leave a memory or condolence to the guestbook here:

The book helps therapists with specific interventions, offers the thinking behind them, and provides numerous engaging dialogues as examples.

“Read this book. Treasure this book. We will always honor Dan for his profound innovations. We believe that his insights will become fundamental for your own success as a couples therapist.”

“In this posthumous book, Dan Wile comes alive with wisdom, humor and compassion, as the brilliant couple therapist he was. His focus is on “solving the moment” – helping adversarial partners connect, creating a “platform” from which they can see their yearnings and vulnerabilities with empathy. Dan’s stance is collaborative and humble. Rather than exerting clinical authority from a one-up position, he is literally by a client’s side, articulating fears or hopes lurking beneath the fight. His articulation of therapist self-doubts humanizes the therapeutic enterprise. The book is refreshingly honest, funny, and instructive – a great guide for seasoned and beginner therapists alike.”

“Dan Wile’s final book distills a master clinician’s work of a lifetime. Unlike many texts on couple therapy, this book provides detailed suggestions for what precisely to say to help couples come together to collaborate – to “solve the moment” and reconnect. The book is free of jargon and even fun to read. As a fan and beneficiary of Dan’s writing and wisdom for many years, I guarantee that studying his clinical examples will improve your therapeutic skill. I heartily recommend this book to therapists of all levels of experience.”